Do you know what Child Criminal Exploitation and County Lines is? This week, the force is focusing on educating people about the exploitation of vulnerable people, particularly children, who are forced to sell drugs.

This form of exploitation typically sees members of organised crime groups targeting young people or vulnerable adults, coercing them in to selling drugs on their behalf, sending them across the country in a bid to expand their criminal enterprise.

“County Lines is the term used for the phone lines between people dealing drugs in different areas. This is a form of Child Criminal Exploitation (CCE) where we see urban gangs employing exploitative practices to force children, and sometimes vulnerable adults, to move and store drugs and money on their behalf.

“They will often use coercion, intimidation, violence and weapons. However, it’s important to note that CCE does not always involve physical contact; it can also occur through the use of technology.

“There are some key signs to spot, that might indicate that someone has been targeted by a gang and is a victim of CCE.

* Is the person going missing from school or home on a regular basis?
* Do they have new clothes, phones or money, but can’t explain how they got them?
* Are they getting lots of texts and phone calls and being particularly secretive about them? You may have noticed a significant change in their behaviour.
* Have they become involved with older people or groups of new ‘friends’ who seem to be quite controlling?

“Anyone can be a victim of CCE. Previously we saw young teenage boys being targeted but now, our intelligence picture suggests that groups are now going for ‘clean skins.’ This means they’re targeting young boys and girls, who aren’t known to police or any other partner agency for example.

“In order to be able to identify those involved, both the victims and criminals, we need members of the public and professionals, such as teachers, to be aware of what CCE and County Lines is, and the signs to look out for. 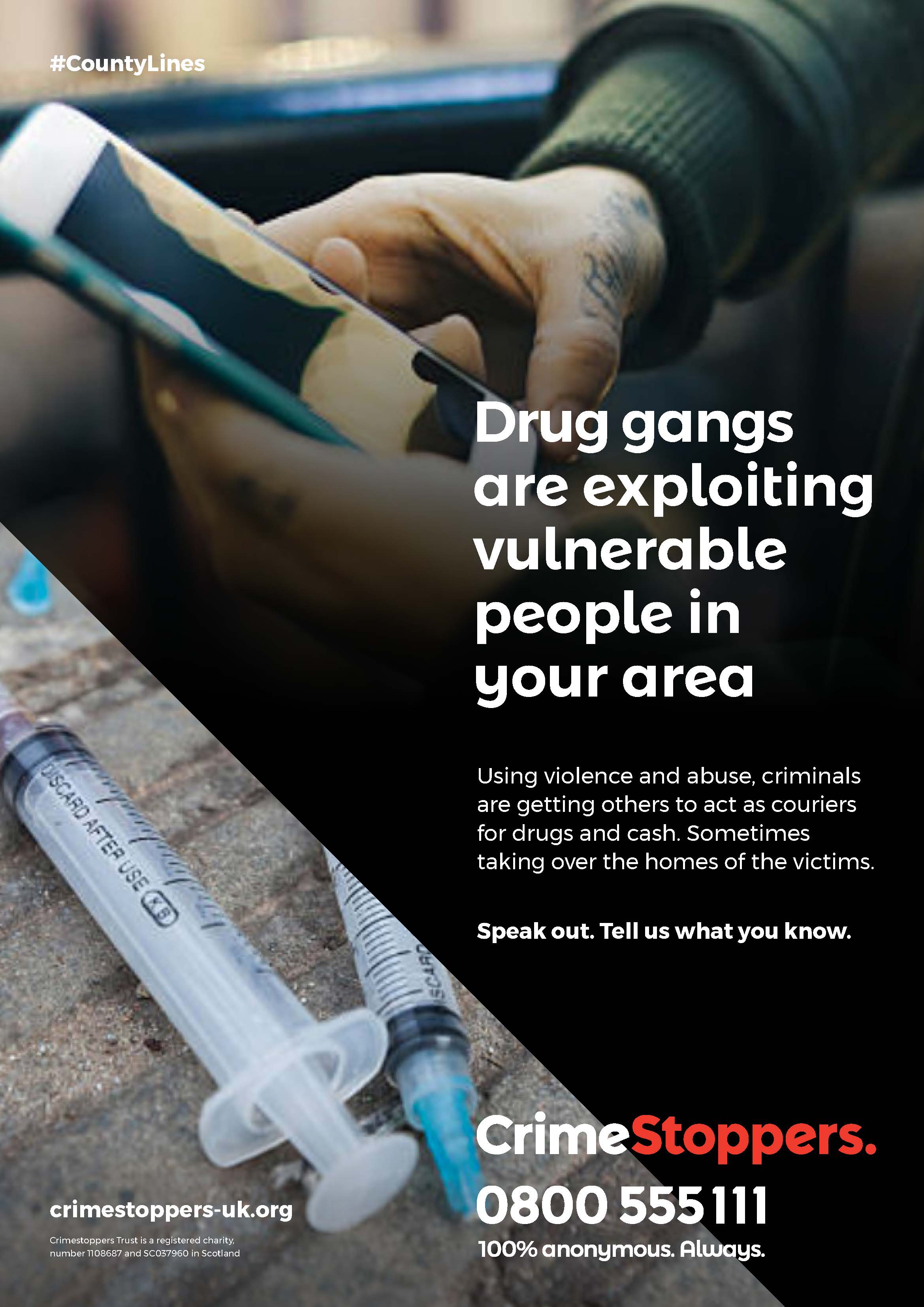 “The most important thing people can do, if they have concerns or are worried about someone, is to speak up. Talk to someone you trust, whether that’s a parent, teacher, or another trusted adult.

“Please, take the time to speak to your children, your friends, and colleagues so that everyone can know the signs to look out for and what to do if they are worried about someone.

“Follow #CountyLines across our social media channels to learn more throughout the week.”