With the remembrance period upon us, South Yorkshire Police and Project Nova are continuing to work with veterans of the armed forces within the community to overcome the difficulties that some may face, and importantly to support them to live law-abiding lives.

In this time of reflection for those who have served our country, it is important to remember that, around five per cent of the population of South Yorkshire are armed forces veterans, with 11 per cent being part of the wider armed forces community.

Project Nova is a partnership between RFEA - The Forces Employment Charity and Walking With The Wounded, working together to support veterans who have been arrested or are at risk of arrest in South Yorkshire and neighbouring forces across the majority of northern England.

Since inception across South Yorkshire in October 2016, officers have referred more than 200 veterans to Project Nova annually, which offers help and advice around:

Not all Project Nova’s referrals are made after a veteran is arrested. An increasing number are the result of community policing referrals, where officers come into contact with ex-military personnel in need of support.

Project Nova has expanded its referral system from those that have been arrested, to those who have encountered the police and simply need support. This includes allowing people to self-refer.

At present, individuals who pass through police custody are all asked whether they are a former member of the UK armed forces and whether they wish to be referred to Project Nova.

Recent improvements to police software systems have increased the speed of referrals, enabling the charity to make speedier contact with those who need it.

In addition to supporting Project Nova, South Yorkshire Police also signed the Armed Forces Covenant in July 2019. As part of the force's commitment, it is also offering all of its officers veteran vulnerability training sessions to educate them on what the Covenant means, and to support referrals to Project Nova. Processes have also been put in place to support the recruitment of veterans to South Yorkshire Police.

“Thanks to our new system, the referrals to Nova will be immediate, meaning more people will get the support they need while still in crisis, setting them on the road to recovery sooner. It’s another positive step that will strengthen our partnership.”

Project Nova North of England Manager Steve Lowe said: “South Yorkshire Police are doing some sterling work taking the time to ensure that anyone identified as ex-Military living in our community who is in need of help or support are able to access a specialist referral to Project Nova."

Veterans can refer themselves to Project Nova by calling 0800 917 7299 or email: info@nst@projectnova.org.uk 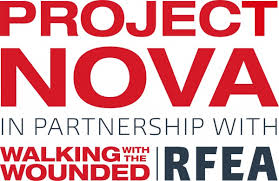