Hi, I’m Lauren and I’m currently on the Degree Holder Entry Programme (DHEP) course for South Yorkshire Police. I studied English Literature at University of Sheffield and previously worked in resourcing for an IT company.

I started police training in February 2021, roughly a year after first applying and it has flown by so quickly. I remember being nervous but excited on my first day of training, but I went home feeling much more comfortable after meeting the rest of my class and our trainer.

I have decided to write this blog to give you an insight into my experience at district as a brand-new PC. I’m even more nervous than my first day at the training school at Robert Dyson House as I’ll have to go out in public in the ‘real world’ for the first time in uniform, but I feel as ready as I’ll ever be!

My first rotation is on the Sheffield North East Neighbourhood team in the Parson Cross area. I’m really looking forward to having the opportunity to experience different areas of policing, which the DHEP and Police Constable Degree Apprenticeship (PCDA) courses provide.

After working from home for a long time in my previous job due to the pandemic, I can’t wait to get out there!

Today was my final day of training at Robert Dyson House! We arrived at 8:30am as usual and watched some presentations from Police Mutual and the Police Treatment Centres, who gave us some useful information on how we can benefit whilst working for SYP. We were then separated into our different districts (Sheffield, Rotherham, Barnsley and Doncaster).

It was slightly strange and emotional when we realised that we might not see each other for a while after being in training together every day for so many months. Us in class C formed a close bond and have all become good friends.

Those of us based in Sheffield went to the Niagara Centre and were introduced to the Chief Inspector for the district who welcomed us and answered any questions we had. We were then given our work trays and keys for the various lockers at the station, which made everything suddenly feel very real!

I then went to my station (Ecclesfield) to take all my kit and find my lockers ahead of starting on the 19 July. The rest of this week consisted of final practical training on police systems and role plays which we got feedback on.

I have worked my first few shifts this week and now have four days off. I arrived for my first shift on Monday ready to start at 8am on the Neighbourhood team. Within the first hour, we were going out to do a drug warrant at a property. I was initially nervous but excited to get involved. I searched two of the bedrooms with my colleague and seized a weapon that came under the new Offensive Weapon legislation. When we returned to the station, I learned how to book it into the property store and wrote up an evidence log to show what I’d done.

My tutor has been on annual leave this week so my Sergeant thought it would be beneficial for me to go out with a different tutor on response to keep me busy. I attended briefing and we got given a list of people who needed to be arrested for various offences. We attended one of the addresses and arrested a man for harassment and malicious communications. I sat with him in the back of the car as we transported him to Shepcote Lane custody suite. It was a busy day in custody, so we had to wait a while to see the custody Sergeant. At this point it was also just short of 30 degrees, so it was extremely hot being in full uniform and the stab vest! After he was booked into custody, we gained authorisation from the Inspector to return to the suspect’s property and carry out a search to obtain his mobile phone as it was likely to hold evidence. I located the phone quickly in the living room and seized it as evidence. After preparing witness statements and questions, we then returned to custody and conducted an interview with the suspect. I took notes of what the suspect said in reply to my colleague’s questions.

This morning I attended another drugs warrant on a property suspected of having a cannabis set-up. Whilst officers were knocking on the door, a male jumped out of the front window and tried to run away. There was a big scuffle as everyone tried to detain the man and he was arrested and taken to custody by officers from the tasking team. Myself and my colleagues then conducted a search of the property and found three rooms full of cannabis plants and growing equipment. We then spent a couple of hours seizing and dismantling the plants and equipment before we went back to the station and wrote our duty statements. 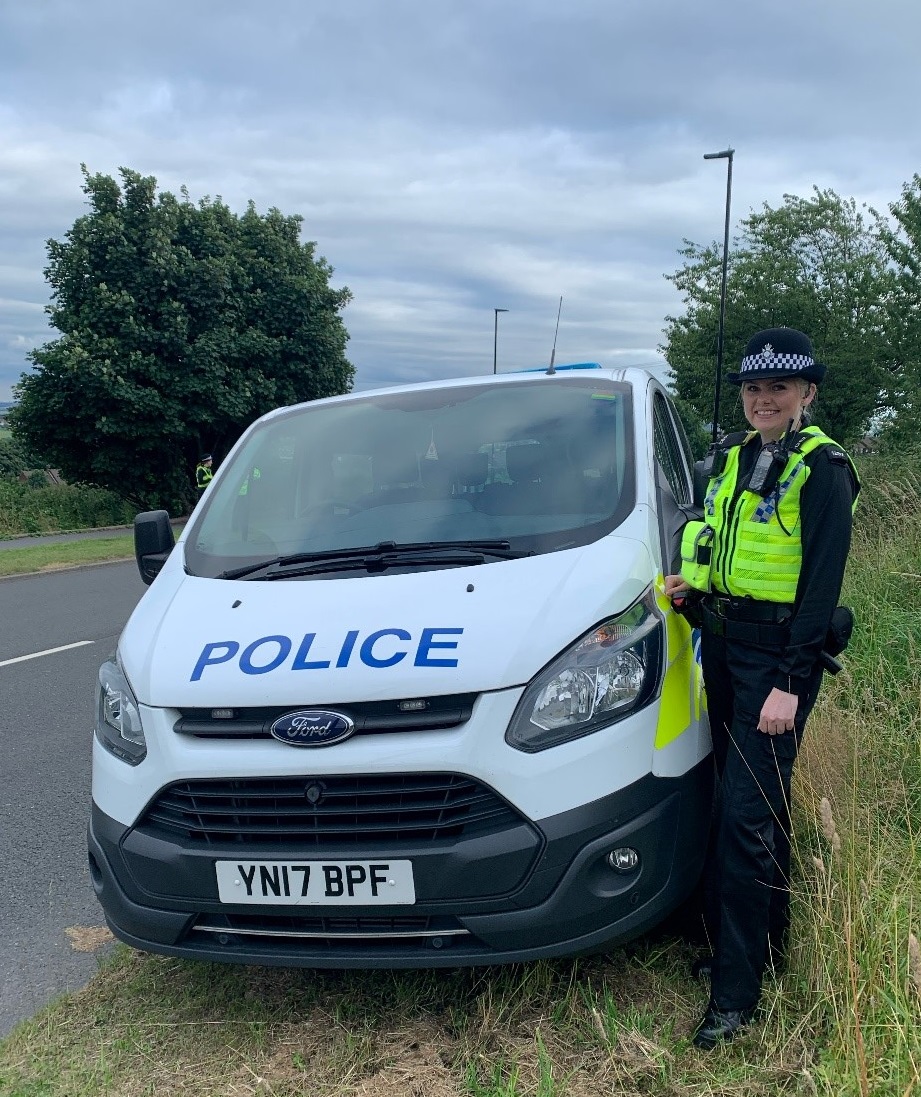