Keeping it in the family: mum-of-three starts policing career by taking on her dad’s collar number

With three children and a career in school finance, PC Nicola Appleton never thought she would be following in her dad’s footsteps and becoming a police officer. But that’s exactly what she has done.

Nicola recently ‘passed out’ from her student officer training and is now out on the beat in Barnsley helping to keep the local community safe.

We spoke to her about what it’s like to not only start a life-changing career, but to embark on the same path her dad did 36 years ago.

She said: “I was working as a school finance consultant in Doncaster and Barnsley, doing budgets and financing.

“Policing seemed like a world away, but it was always in the back of my mind.

“Growing up, my dad was a police officer in South Yorkshire for more than 30 years. So seeing him in the job while I was growing up was a real inspiration.

“It’s something I’d always wanted to do, but I just never got round to it.

“At 29 I really thought that I was ‘passed it’ and that I’d missed my chance.

“I’ve had a family, and with three daughters aged six, two and one I thought that there was no way a career in policing would even be feasible given my home life.

“I just thought, if I apply, would they even accept me?

“I couldn’t shake the thought though, so I applied on a whim as ‘one last chance’ and I’m so happy to say I did it. Here I am!

“The application process was quite lengthy, but it actually worked in my favour. My youngest daughter was just one-month-old when I applied, and so because the application process took around 12 months it meant that by the time I was ready to begin my training, I’d had a full year with her.

“Overall, applying was pretty straight-forward and the team kept me informed throughout the whole process which was a big help.

“When I found out that I’d been successful, I couldn’t believe it. I didn’t tell my eldest daughter that I’d gone for it, but once I knew I’d got in I told her. She was so excited, she went round school telling everyone!

“She now says when she’s older she wants to become a police officer too.

“My children have got used to me going back full-time now. Before I worked part-time, so it was a big change but they’ve got used to it. I think having an exciting career also helped them to be excited for me!

“I loved my training even more than I thought I would. The best part is the people I’ve met. They are some of the nicest, most selfless people that you could ever dream of meeting. It makes you think: ‘I am so lucky to have met them’.

“The trainers have also been amazing, they’re so invested in our learning and have been there for anything we’ve needed.

“Moving forward, I’m looking forward to finding out who I’m working with, getting out there and getting stuck in.

“My dad is now retired, and I am so proud to be taking on his collar number. I really hope my children will be as proud of me one day as I am of him.

“For any other mum considering a career change it really can be a daunting prospect, especially for something like policing which requires a lot of training.

“If you’re thinking about taking the plunge, I’d say go for it; don’t let it hold you back.

If, like Nicola, you’re thinking about a career in policing, make sure you head to our website to complete an application.

For advice on applying, and guidance about your eligibility please do not hesitate to get in touch with our recruitment team. 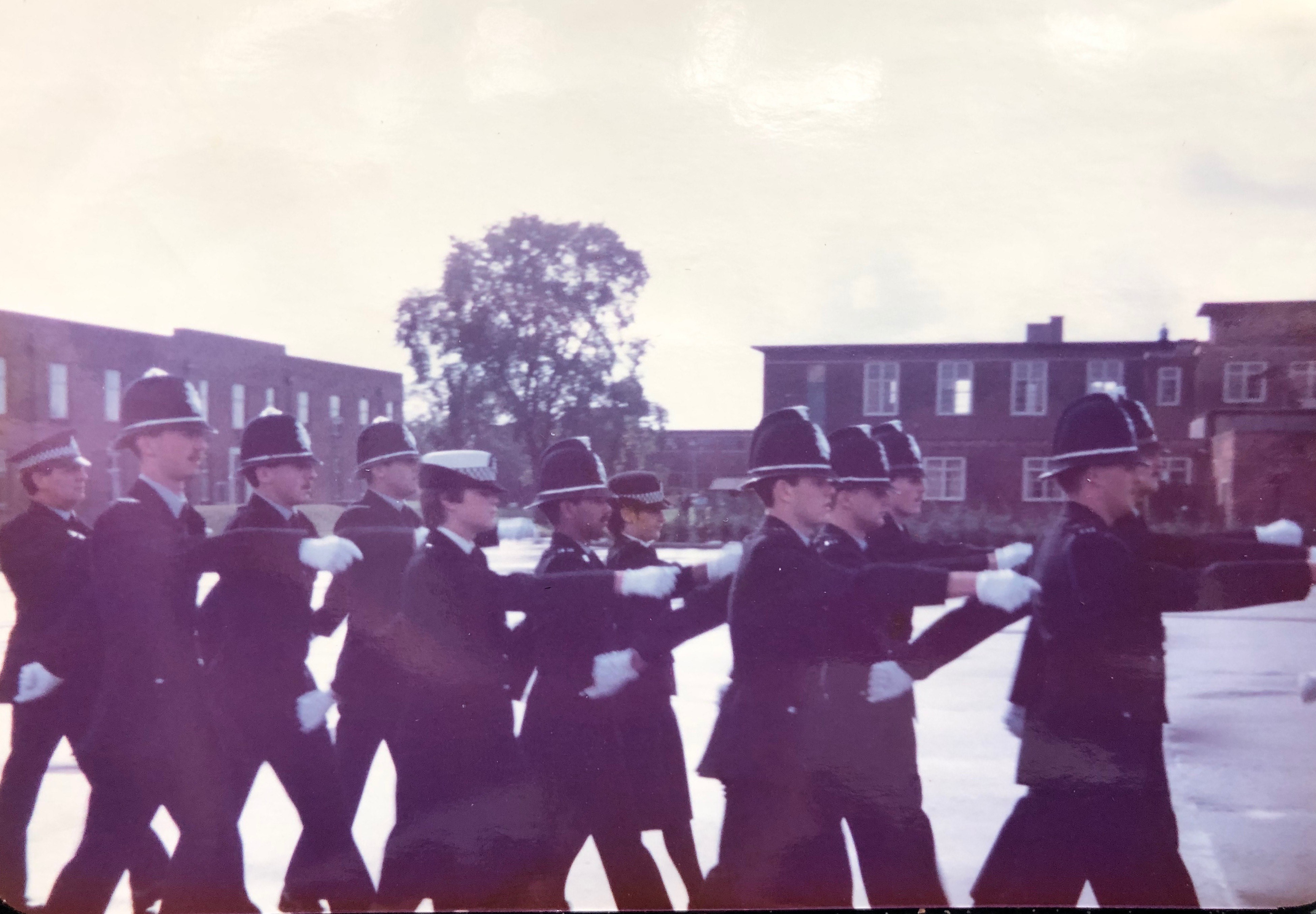 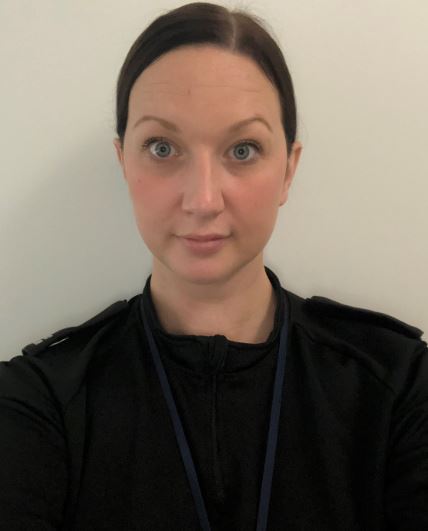 We spoke to PC Phil Reed over at Ring Farm in Barnsley about what it's like to be a mounted police officer.

With the help of his trusty steed Bawtry he tells us all about his day-to-day, what he likes about it, and how he became a mounted officer.

Watch out for the moment where Bawtry gets a little curious about our camera!

Would you like to work with Phil and Bawtry? Apply to be an officer with us to begin your journey.

We spoke to PC Aliya as she 'passed out' from her student officer training. She is now out on the beat keeping our communities safe as a fully-fledged officer.

We caught up with her to find out what she enjoyed about training and when she is most looking forward to in her role.

If, like Aliya, you have a passion for public service, don't miss your chance to apply to be an officer too.

Head to www.southyorks.police.uk/bethefuture to apply.

A career change for many is no easy feat. A new team, a new office and new skills to learn can be a daunting prospect, and after 24 years in the army- the last five years as a Company Sergeant Major - no one would blame Stewart for wanting to hang up the uniform for good and get some well-deserved R&R.

Instead, after his successful military career and at the age of 49, Stewart knew he wanted to start again and become a police officer.

After applying in 2018, Stewart was successful and is now a student officer with us training in Barnsley.

We met up with him to talk about his decision to start a new career and his journey at South Yorkshire Police so far. He said: “After 24 years spent in the army, and two years in the reserves as I completed my application, I found out I had been successful in December 2018.

“The past nine months as a student officer have been brilliant. The group I currently work with are such a great team.

“Moving from the army to the police, you still get that sense of comradery, that sense of watching each others’ backs and looking out for each other when we’re going out on jobs. And there’s a good bit of banter too!

“Joining the police was almost going full-circle. I’d applied before joining the army but my confidence just wasn’t there. But after 24-years in the army, it’s safe to say my confidence has grown, and so it was a natural choice to go for the police on leaving.

“The best thing about my training so far is having such a great team around me, but another part of it is getting out there and speaking to people.

“I think there’s often a misconception that being a cop is all blue lights and putting people in handcuffs, but I’ve learned through my training that actually by talking to people, using your voice and using those conflict management skills that the army gave me, you can resolve a situation much better for everyone.

“Having that military experience really helps - throughout your career you pick up so many communication skills. I’ve even been able to assist some of my colleagues in a couple of situations involving veterans who have fallen on the wrong side of the law.

“Having that rapport and that shared background means I can understand what they’re going through and how they might have got into the situation they are in, and that’s something I really want to continue to help with as my career progresses.

“If you’re in the military, whether you’ve been there four years, 10 years or 24 years like me, whatever stage you’re coming out - the police is another career for life.

“As a police officer, you have a great team, opportunities to progress and a really good work life balance.

“A sixth month tour in the army can often be much longer than that, and if you have children it can be really hard. So joining the police, the shifts and routine are much more conducive to a good family life. Even if you work night shifts, you come home at 7am just in time for the school run, so you can drop the kids off and then go home and sleep.

“I’ve found at SYP, your team becomes your platoon; you have 20 people all looking out for you each and every shift.

“On top of this, a career in the police, much like the army, is full of opportunity. There are so many variations of jobs you can do - at all different levels - from firearms, dogs, traffic, PVP, town centre policing teams. It’s whatever takes your fancy and whatever you want to get out of it.

“I’m two months into my independent stage of training, getting my own workload to manage, going out to investigate crimes- and I’m certainly enjoying it.

From Teacher to Police Officer

Some people know from day one that they want to be a cop, for others, it is something they learn later in life.

We are proud to have so many brilliant officers come to team SYP from all different backgrounds and career histories.

Our Chief Inspector Chris Foster was a primary school teacher for 10 years before he decided to become a cop.

He said: “I thought about becoming a cop when I was 16 and considered becoming a cadet. But both my parents were teachers, so I changed my mind and did a PGCE.

“I taught at primary schools for 10 years. I’d made it to deputy head and was weighing up my career options moving forward.

“While considering my options, I thought I’d go for a completely different career entirely.

“So I applied to be a police officer and began my training!

“I look back on that time with such fond memories, during my training I was the fittest I had ever been and I was given the opportunity to study again. It kick-started my career.

“I joined in 2003 and spent 10 years as a PC before I went for promotion as I loved what I was doing so much. There’s so many opportunities to progress in policing, so for anyone considering applying I’d say go for it.

“It is hard work, it’s challenging and at times there is a lot of pressure, but no two days are the same. You go into work with the knowledge that your job is changing peoples’ lives for the better; you’re helping people, and that’s what anyone coming into this role has to want to do.”

If, like Chris, you are considering a career change to go into policing, head to our website to find out all your need to know about the role, about our entry requirements and eligibility. 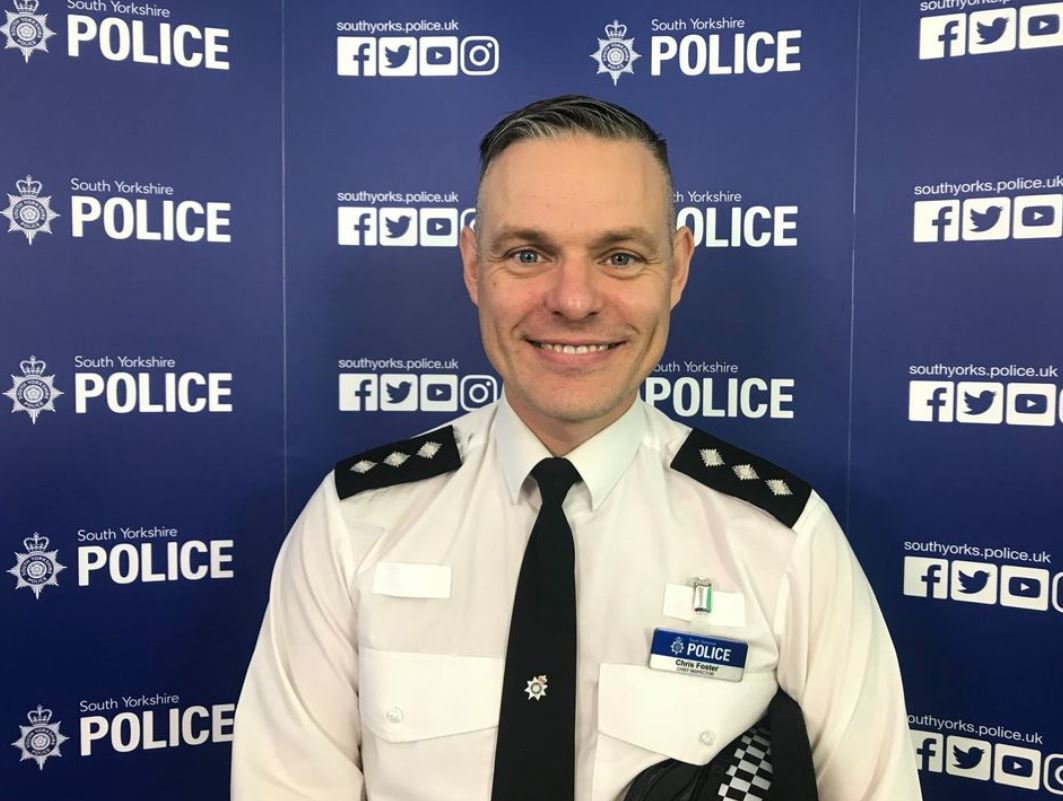